Picture yourself sitting in a plastic lecture hall chair, listening to a presentation on company culture. In addition to an impending need for a chiropractor, you’ll probably be presented with standard definitions like:

“Company culture is a blend of the values, beliefs, taboos, symbols, rituals and myths all companies develop over time.” – Entrepreneur

“Corporate culture refers to the shared values, attitudes, standards, and beliefs that characterize members of an organization and define its nature.” – Inc. Magazine

While it goes without saying that these are definitions from well-established publications, the thing is — these definitions are just words and words only get you so far.

As a counterpoint, Jim Whitehurst, Red Hat president and CEO, argues company culture is shaped more by actions than anything else. He states that workplace culture is a direct result of the actions of a company’s leaders. In other words, culture comes from the top down.

Company leaders must not only set the example in everything they do — they must also have the humility to learn from their mistakes.

For example, at a major U.S. airline, one of the main company values is timeliness. As a result, board members often dial into conference calls or step into meetings early.

Or at a tech company highly renowned for its innovation, accepting failure is a natural part of the equation. Ideas aren’t immediately rejected because they might fail, instead they’re put into action to see if they succeed or fail.

Foodee CEO Ryan Spong confesses to nearly crashing his company into a wall through his own actions. He admits to pushing people much too hard during a difficult period in Foodee’s evolution.

By working with coaches and learning to encourage practices like greater collaboration, he was able to bring the company and its culture back to a more even keel. Reflecting on these experiences, he states, “Culture is not a something, or a someplace, it’s not even a someone — it’s the shared space between.”

Today, Foodee lives and breathes its mission to bring people together through food and the experiences shared through breaking bread together. 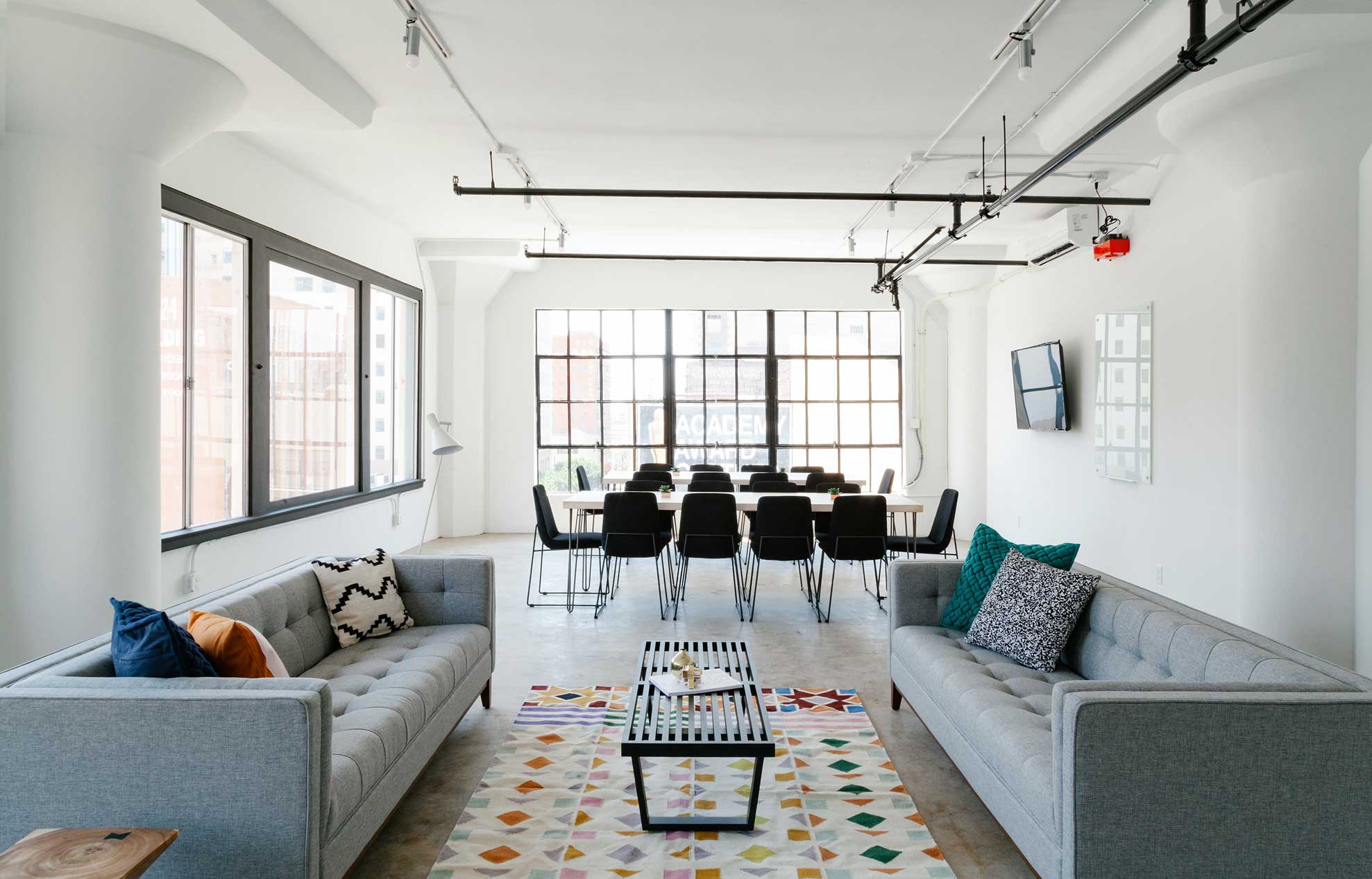 Liz Ryan, leader of the worldwide HumanWorkplace Movement to reinvent work, states point-blank that, “Every business problem is a culture problem. Whatever went wrong in your operations was caused by a breakdown in communication and a fraying of your cultural fabric.”

Three reasons that culture is one of your most valuable assets:

In the words of IBM’s transformative CEO Lou Gerstner, “Culture isn’t just one aspect of the game — it is the game.”

Your future employees are “kicking the tires” of your work culture

In compiling their infographic on the impact of company culture, marketing consulting firm Single Grain found that companies with happy employees: 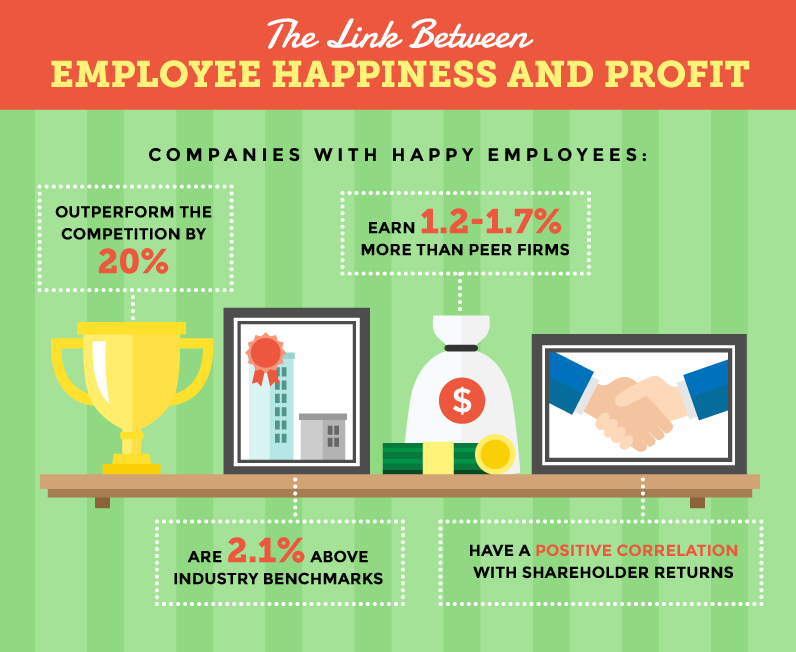 Whereas unhappy workers are: 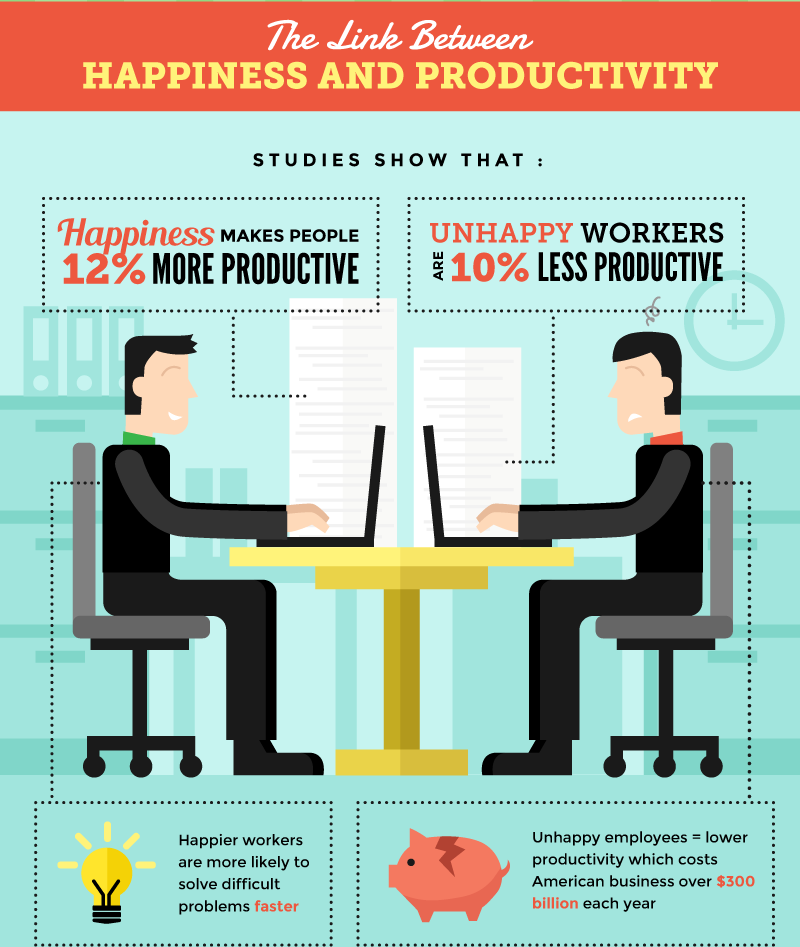 Whether you’ve already created the kind of culture that’s case study and envy worthy or are in the process of putting all the pieces together, the following steps can help you further reinforce and promote your company culture.

Step 1: Know who you are, why you do what you do, and how you do it

If you had to drill down to a simple philosophy like Nike’s iconic, “Just do it” — what would this statement be? If you’re not sure, grab a whiteboard and some trusted colleagues to hash it out.

Step 2: Be your own tribe

As stated earlier, culture comes from the top down through the actions of a company’s leaders. This means everyone from the chairman down to “that guy in that chair over there” needs to embrace the company’s reason for being.

In the words of Jack Dorsey, Co-Founder and CEO of Twitter and Square, “Work hard to clarify what your purpose is and how to communicate it in a simple sentence… As you begin to bring people into your company, the first question you should ask is, ‘Why are you here? If you hear that purpose echoed back, it makes everything else a whole lot easier.”

Step 3: Balance group-think with the right to individuality

“Rebel Talent” is one of the newest buzz phrases in the conversation on organizational culture. It’s a theory that’s risen in response to tribal mentalities that have become too overpowering and/or entrenched with less than 10% of employees saying they worked at companies that encouraged nonconformity.

The price of this overzealous “group-think” is lower levels of engagement, innovation and productivity. While Rebel Talent doesn’t mean breaking all the rules, what it advocates instead is “constructive nonconformity” or behavior that’s counter to the norm, but still to the benefit of your business.

You can encourage “constructive nonconformity” by letting employees be themselves, fostering individual strengths, promoting questioning of the “this is the way it has always been done” mentality, allowing for differing views and perspectives and offering challenging projects.

Step 4: Benefits don’t always have to come wrapped as bonuses or 401ks

While benefits like paid vacation, sick days, insurance and retirement plans are still benchmarks, there’s also a wide range of other employee perks that can make a statement about your culture and what you stand for. Some of these, perks, like honest praise, communication and flexibility are even free. 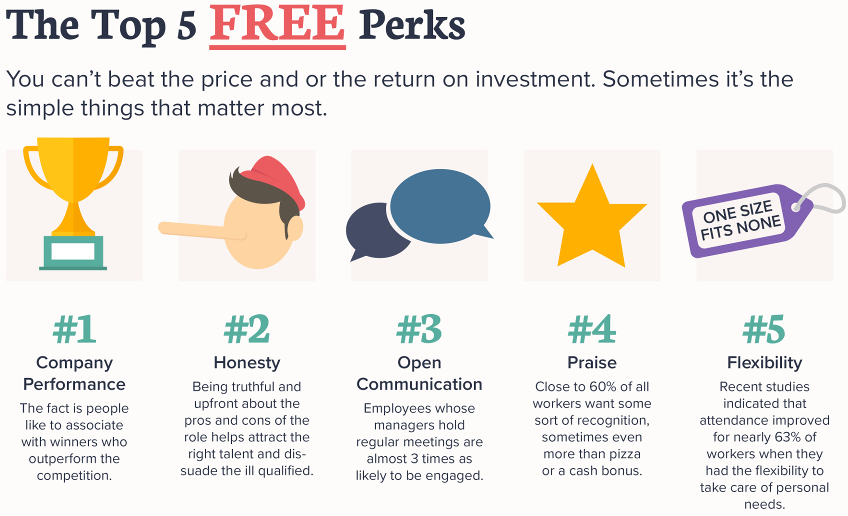 The foundation of best-selling book Change the Culture, Change the Game is a concept called the “Results Pyramid.” The pyramid is made of four layers — experiences, beliefs, actions and results — with experiences forming the base and results representing the top.

In order for these experiences to be meaningful, they have to offer a clear value that isn’t subject to misinterpretation. For example, calling a company-wide meeting with a jargon-filled presentation on a topic that only affects two or three people is not a meaningful experience.

However, something as simple as providing a free lunch not only brings people together in meaningful ways, it also help employees save up to 125 hours of downtime per year. Offering food in the office is more than just about the food on the plate, it’s about placing value on your employees’ time and offering benefits that fit modern needs.