A Taste of Australia Comes to Toronto

We sat down with Megan Chan of Kanga Pies in Toronto, Canada to chat about pies. Specifically, Australian-style savoury pies. We ask her: What’s so special about Australian meat pies, and what makes a great pie? 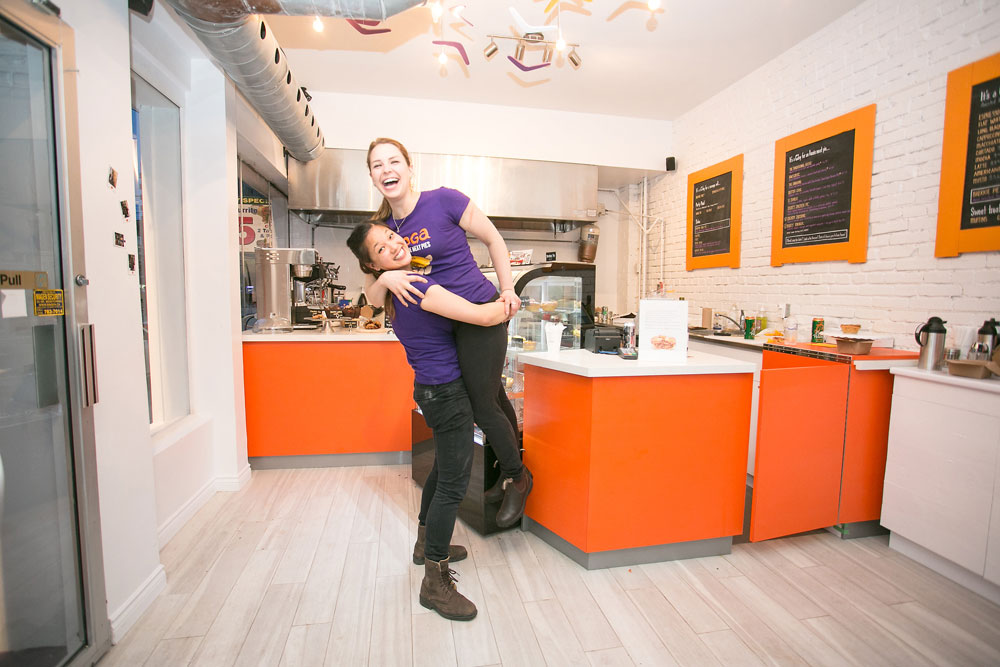 Q: What is an Aussie meat pie, and what makes it any different from meat pies we’re used to? A: Aussie-style meat pies have a beautiful flakey crust on top, and it’s usually a puff pastry as opposed to a shortcrust. They also tend to have a lot of gravy inside, and they’re personal-sized. So it’s more like a hamburger than tucking into a slice of family-style pie. Q: Why Aussie meat pies? A: If you ask Canadians about meat pies, they often have a lukewarm reaction. I think to myself: that’s cause they haven’t had great pie! In Oz, meat pies are everywhere: corner stores, rugby games, and every family bakery. These pies come in a thousand different flavours: the traditional mince, thai curry, chicken and mushroom, fish pies. They always sell them hot and ready to eat, and that’s what we’re looking at doing here: offering something unique and tasty that can be eaten for lunch, just like a sandwich. 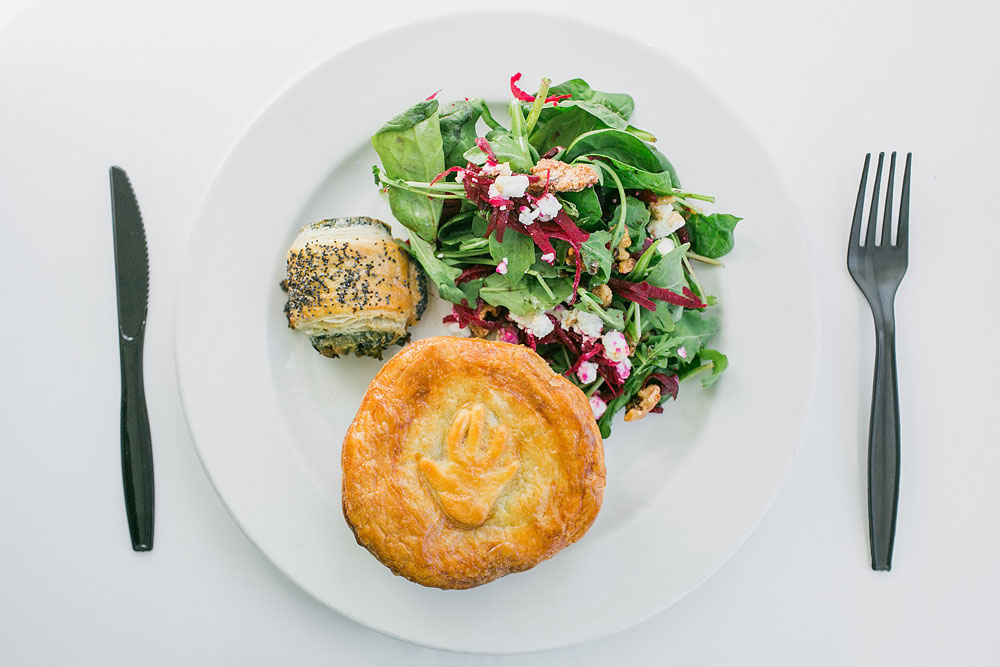 Q: Is there Kangaroo in the pies? A: No kangaroos were harmed in the making of our pies! The traditional Aussie pie is a minced beef pie with lots of beef gravy. Q: What makes great pie? A: A flakey crust on top, and a bottom crust that holds together. You don’t want it to go falling apart as you’re trying to tuck in! It also has to have a lot of sauce inside, none of the dry, crumbly fillings that turn people off pie. We also feel that using real butter in the crust makes a world of difference. We buy local as much as possible, and really we use the same quality of ingredients you would for your own family: responsibly sourced AAA beef, and we even use Toronto’s very own Amsterdam downtown brown beer in our gravies. 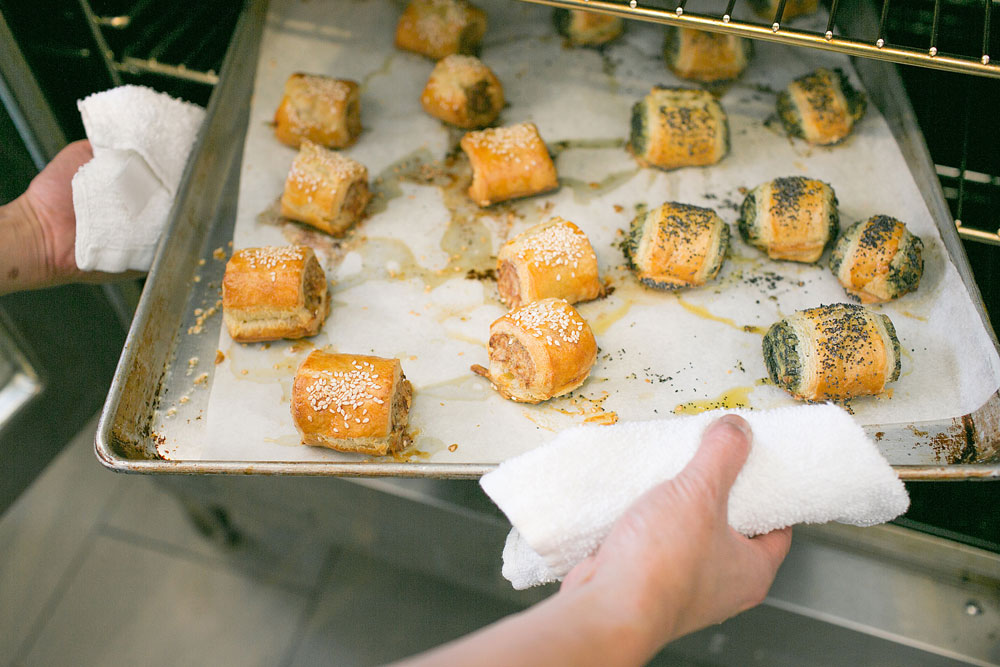 Q: What’s your favourite flavor? A: My favourite is pepper steak! At the moment, it only comes around once in awhile as a feature pie. It’s got large chunks of juicy chuck, braised in a beef gravy with a healthy hit of black pepper. There was a pie guru in Australia who told us that the sign of a good pepper steak pie is that it should clear your sinuses, and ours certainly does! Q: Are Kanga pies authentic, just like what they have in Australia? A: Our pies follow the authentic style, and in Australia, you can get Aussie meat pies from anywhere ranging from a gas station to a beautiful bakery. We make the beautiful bakery kind! 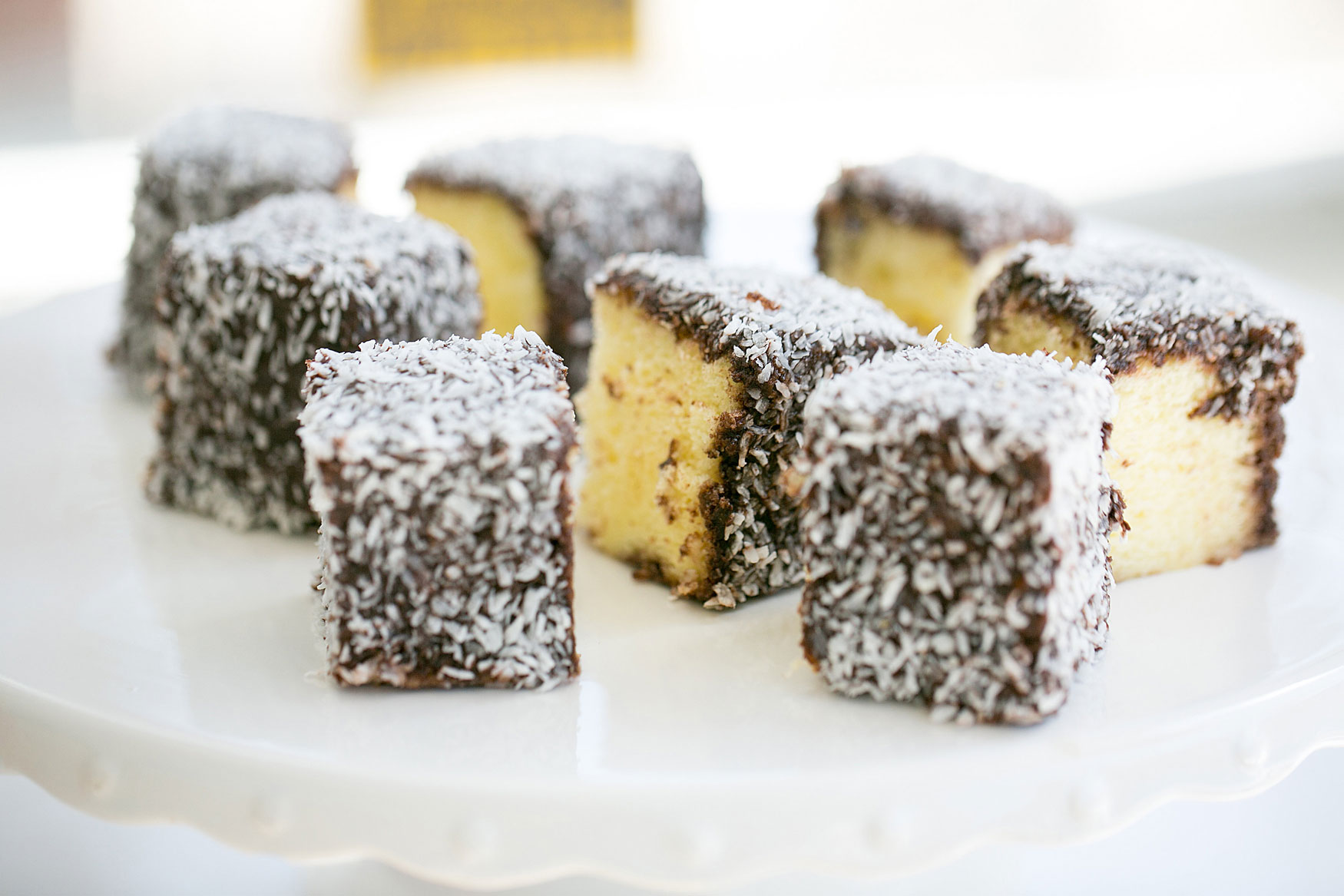 Q: What’s your favourite pie shop in Oz? A: Hayden’s, approximately 2 hours south of Sydney in a coastal town called Ulladulla. If you’re in Oz, get there. It’s worth the trip! Q: What’s the best part about owning a pie shop? A: The smell of baking butter puff pastry in the morning. There’s nothing quite like it! Photos: All credit to Anita Cheung at Rhythm Photography. I bet you’re hungry after all that. Check out Kanga’s menu here.