2017 was a wild one, chock full of quirky food trends we may never see again. That said, some might be worth keeping around. Let’s look back at the best and worst food trends of 2017. 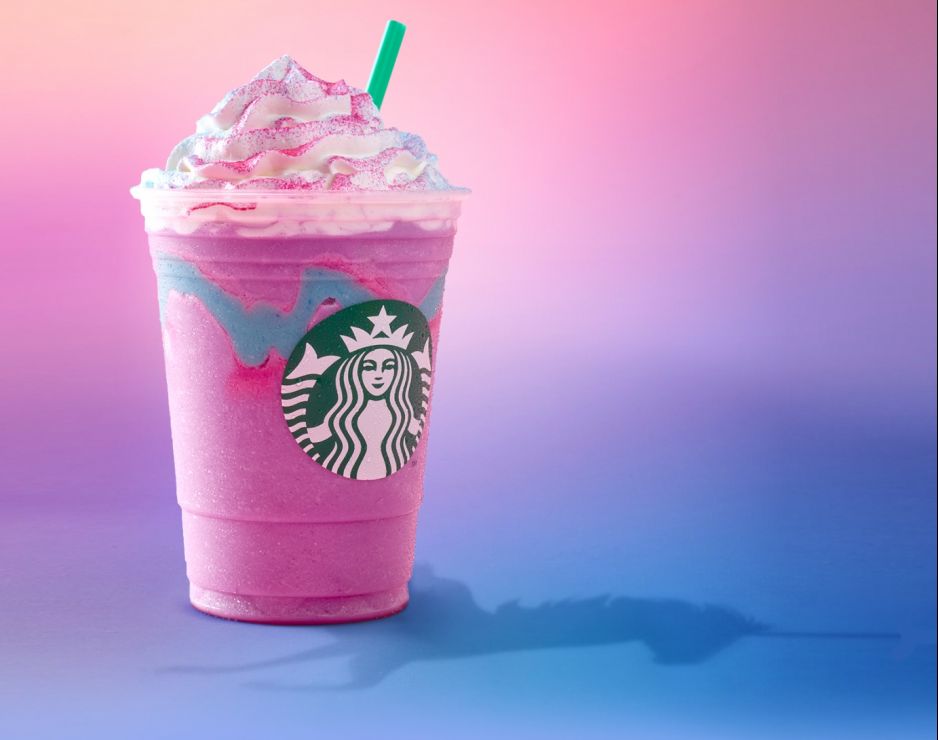 We’ll start with a weird one: unicorn food. No, this isn’t what you feed make-believe creatures, but rather a colourful concoction found on too many social media feeds. It reached its fever pitch when Starbucks decided to sell their very own “Unicorn Frappuccino,” a gross looking drink that tasted even worse. It’s because of food trends like these that we can’t wait for the new year. Verdict: terrible food trend. 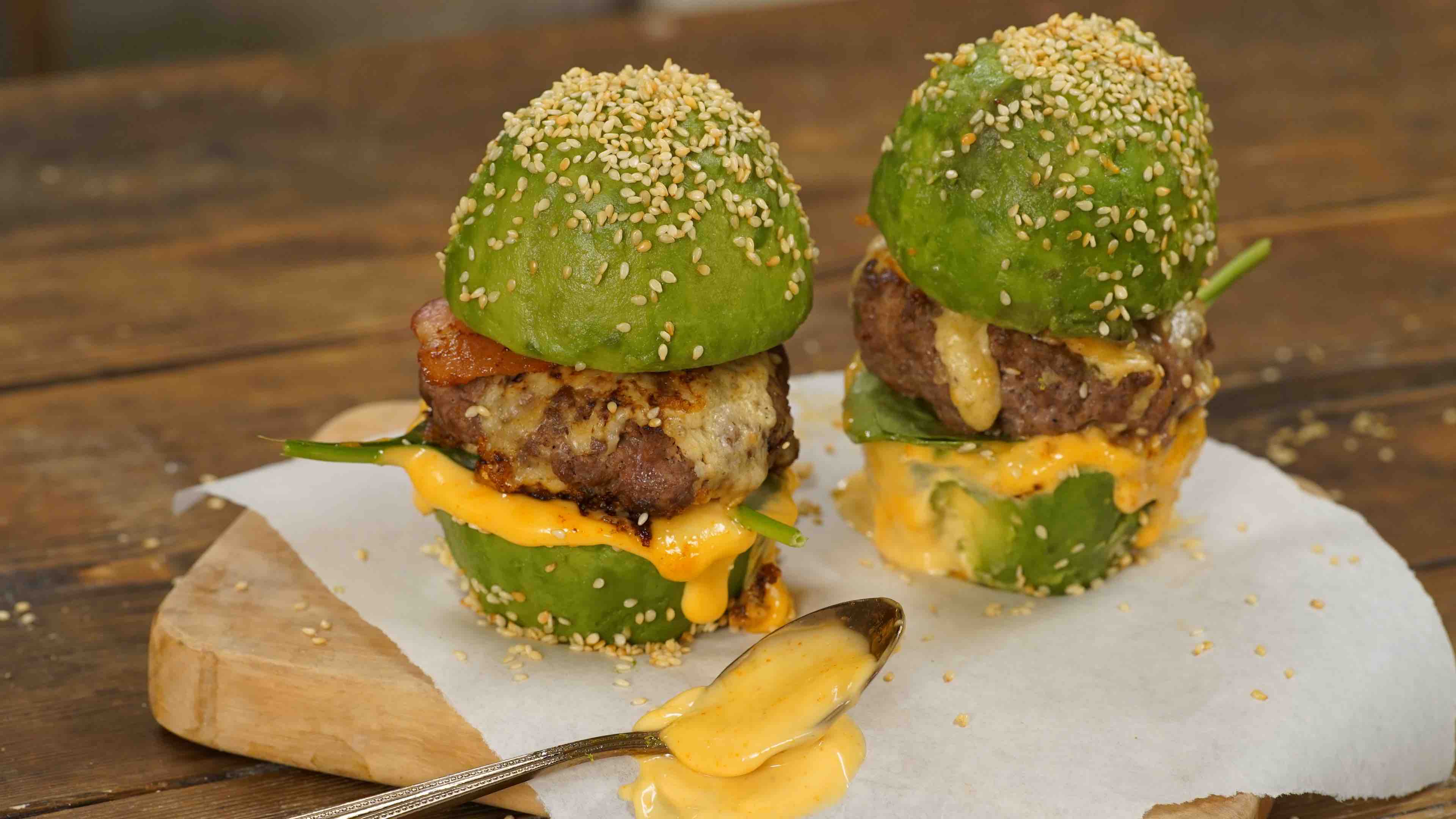 For those that were bored with their burgers, alternative buns were a game-changer. Think ramen, fried mac and cheese, avocado halves, cherry tomatoes, Gorgonzola, doughnuts. The list goes on. We’re not against a good old fashion food experiment, but there’s a chance we got carried away. Verdict: work in progress. 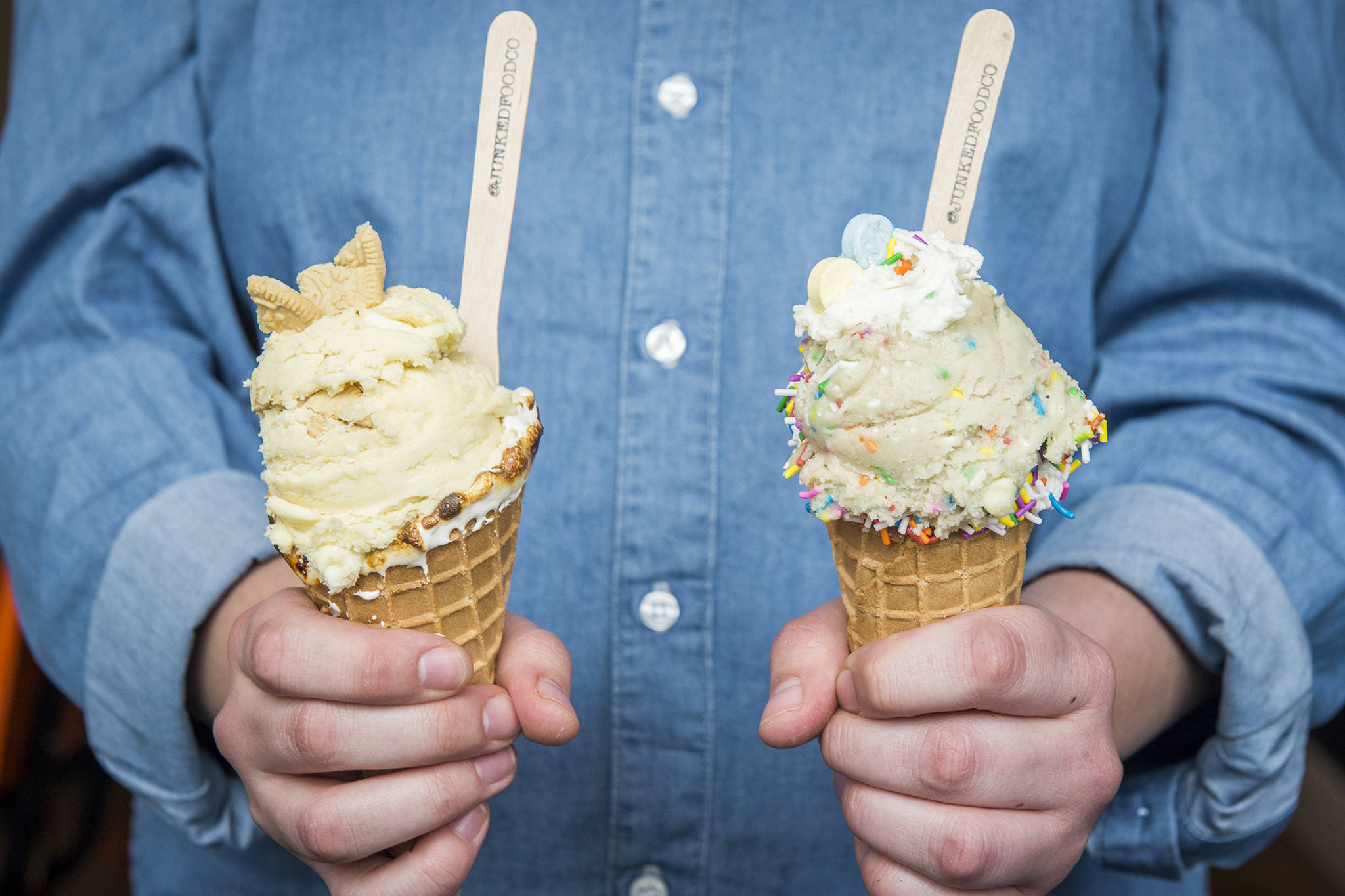 Like some sort of forbidden fruit, raw cookie dough made waves this past summer when a number of cookie dough cafes began to open up. People were eating it like ice cream, pressed on a cone or served in a cup, praying they didn’t contract E. Coli or a bad bit of salmonella. According to Google Trends, the number of searches for “edible cookie dough” was at the highest index it’s ever been, and it’s likely we’ll see it happen again in mid-2018. Verdict: we’ll allow it. 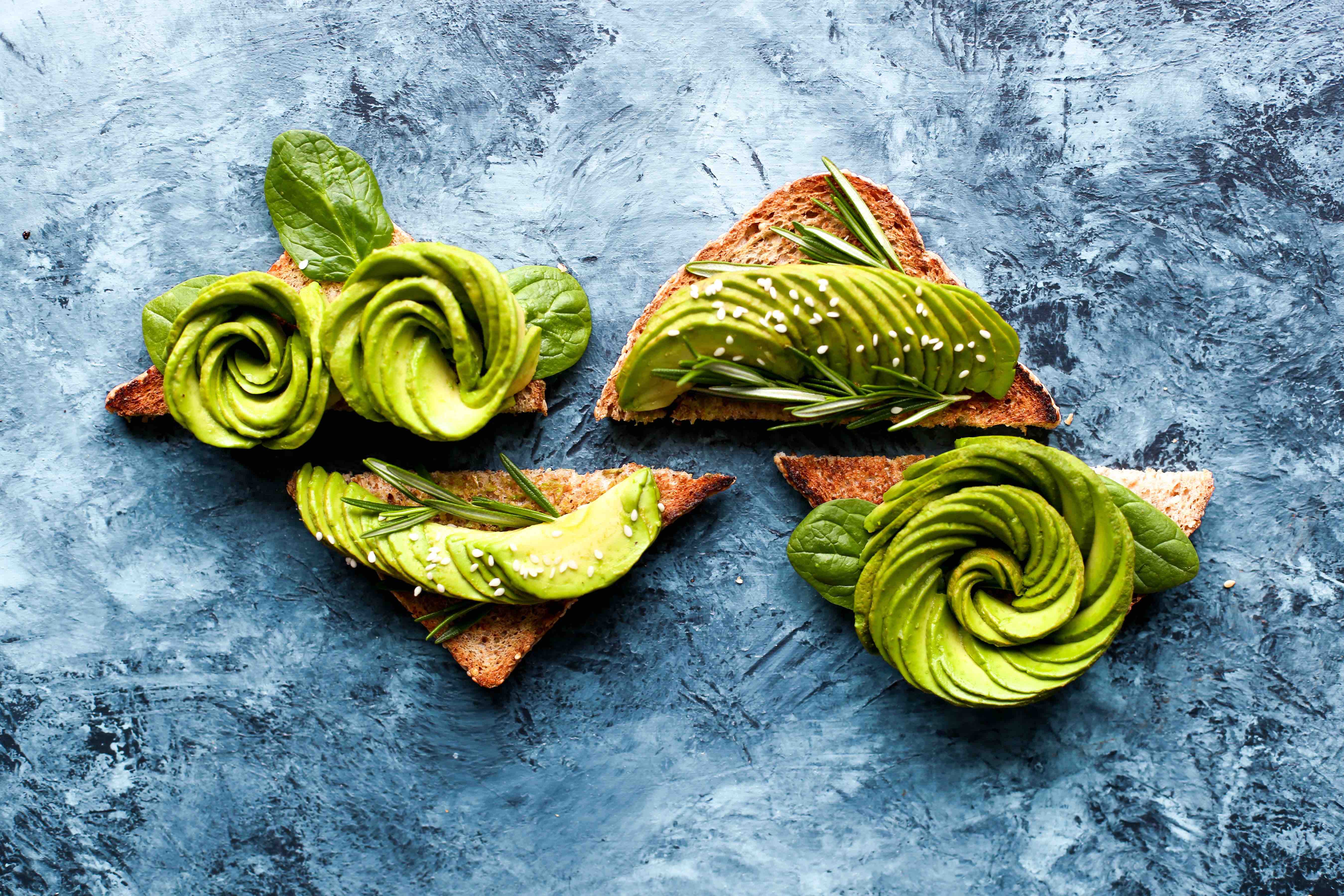 The award for biggest cash cow has got to go-to avocado toast. If there were ever a food trend that forced young men and women out of house and home, it was this one. $12 for half an unripe avocado on bread? I don’t care if there’s an egg on it, that’s crazy. Verdict: whip up something at home. 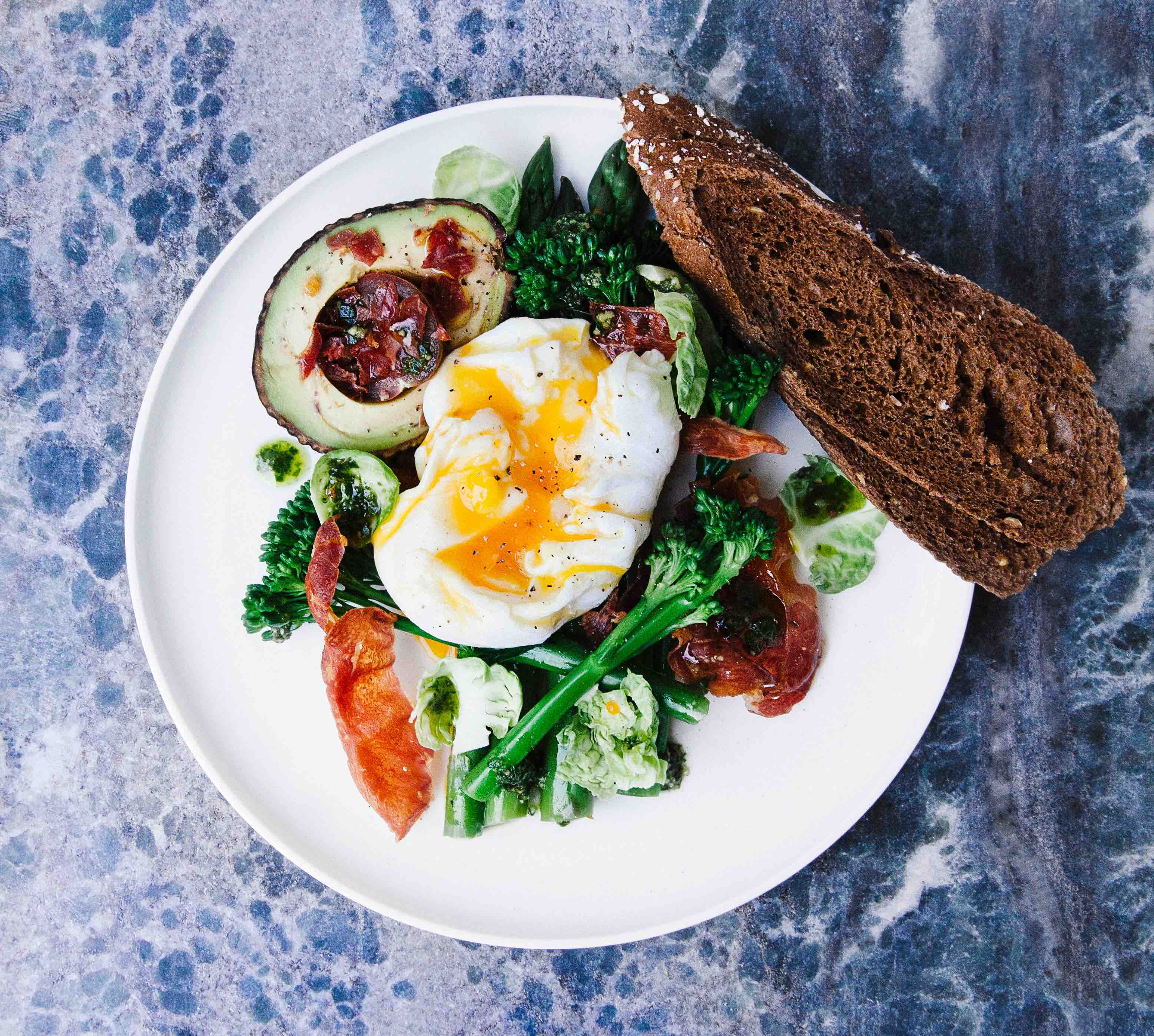 Which brings us to our next food trend of 2017: eggs on everything. Doesn’t matter whether you order a single slice of pizza, bloody mary, or a plate of asparagus; a restaurant will find a way to put a hen’s handiwork on top of your food. Verdict: if you liked it, then you should have put an egg on it. 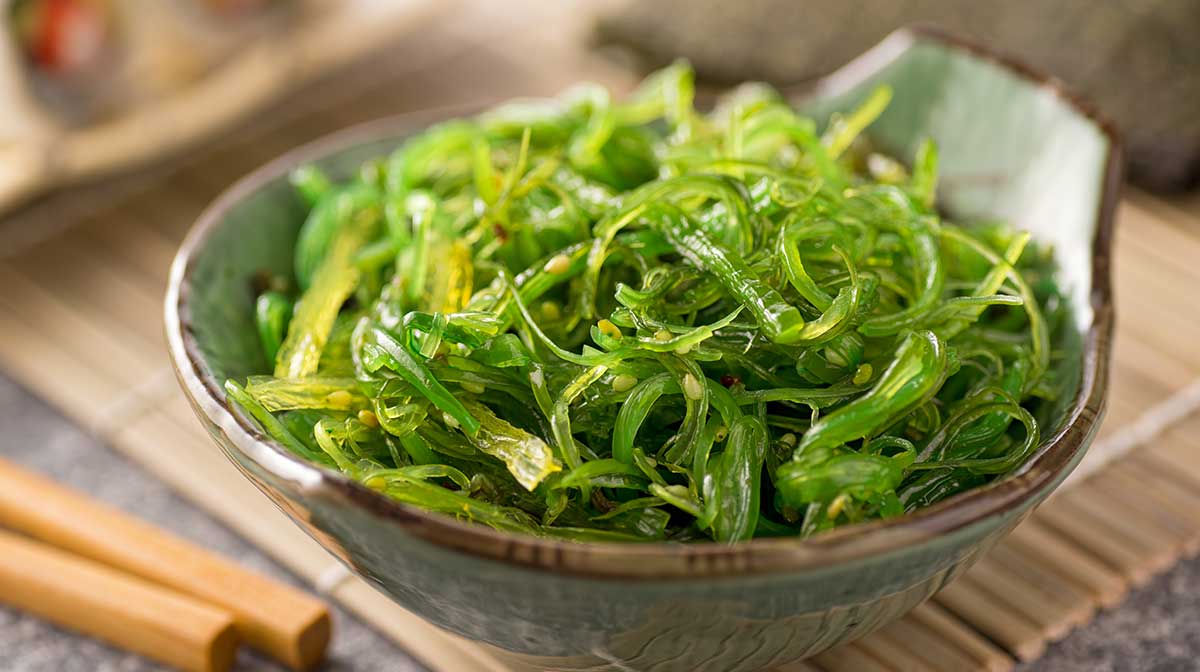 Some say kelp is the new kale. Others can’t seem to get over that one time they were in the ocean and a bunch of seaweed ran up their leg. Whatever camp you’re a part of, one thing is certain: 2017 was a big year for kelp, kombu, and other sea vegetables. Considering they’re a sustainable food source rich in iron, calcium and iodine, it isn’t hard to tell why. Verdict: it’s hard to take seaweed seriously. 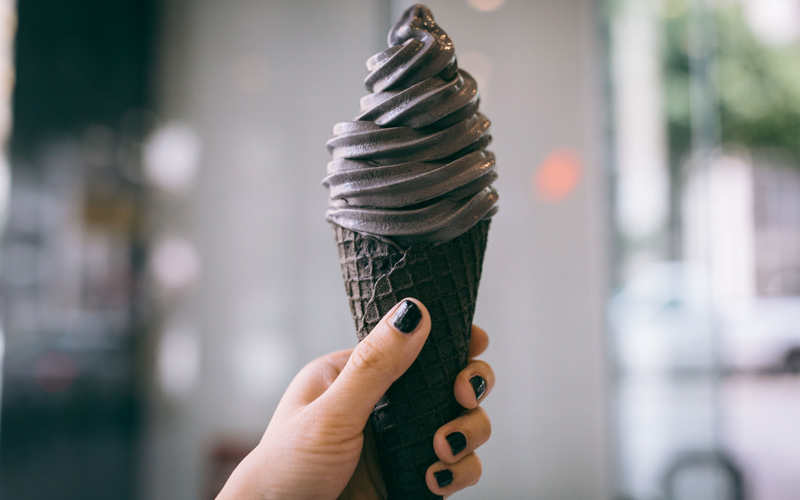 According to some, you are what you eat. Well, what does that mean for those who bought into activated charcoal as a cool new food craze? In some sort of response to the creative colours of unicorn food, certain chefs decided to paint it black. Known for its reported health benefits as well as its visually striking all-black appearance, items like ice cream, burger buns and pizza crust were all being served with activated charcoal. Verdict: perfect for Debbie Downer. 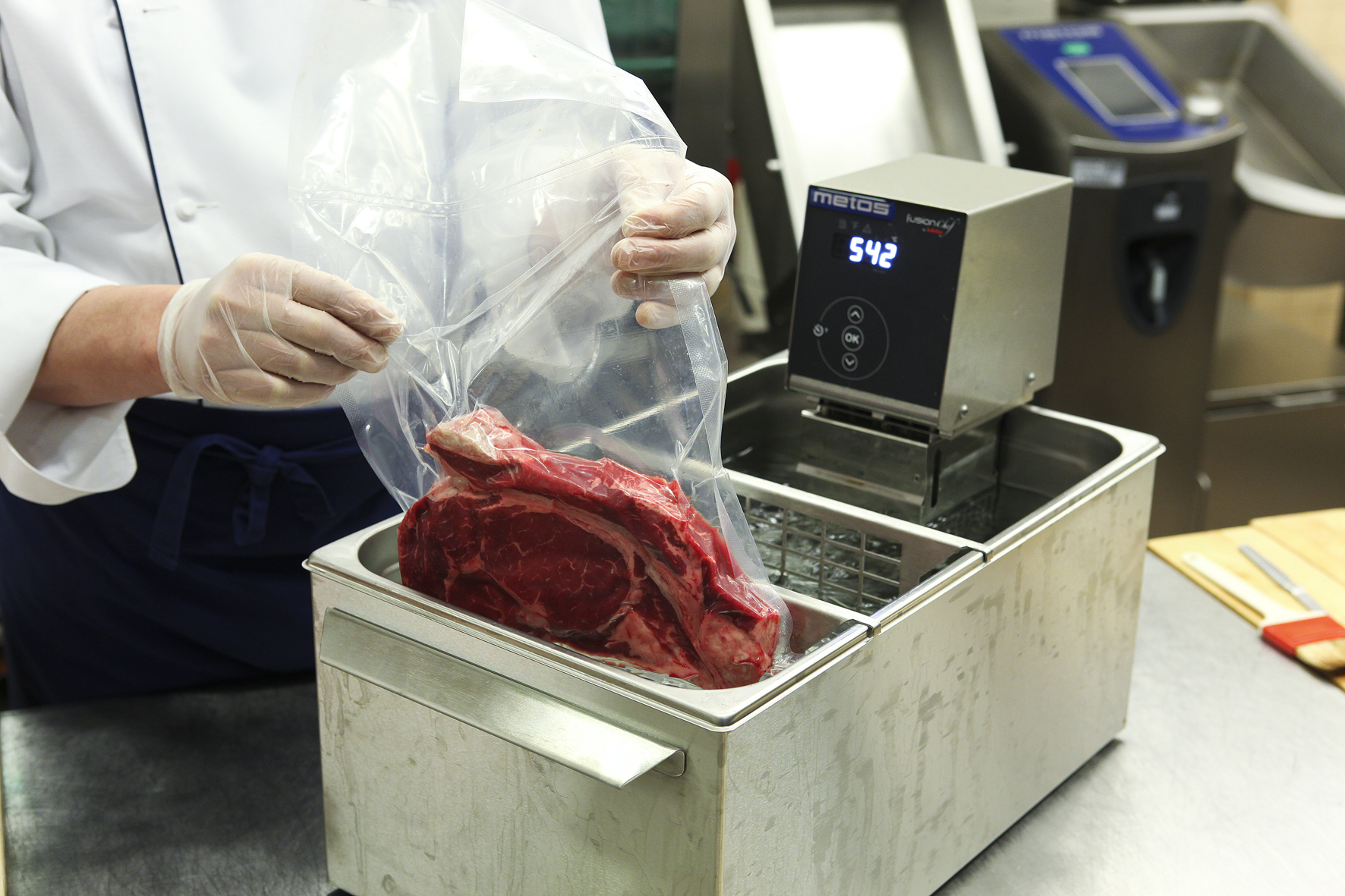 Combining tech, taste, and a whole ton of pretension, sous vide cooking techniques made a huge splash in food trends of 2017. According to that one guy in the office who won’t shut up, sous vide allows you to cook everything from steak to carrots, perfectly, all while retaining their vitamins, minerals and colour. Verdict: quite delicious. 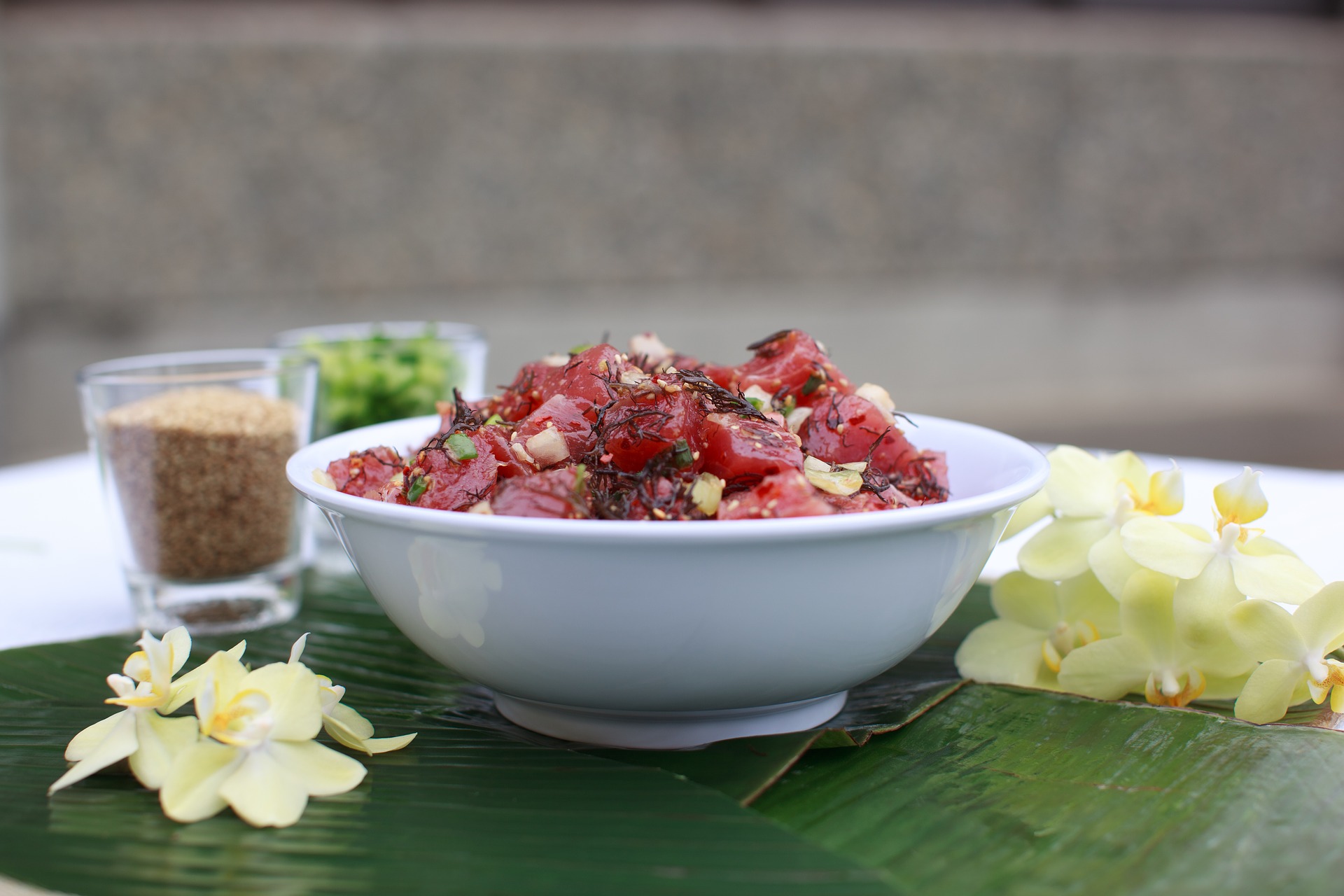 When it comes to the king of fast-casual food trends, poke was this year’s distinguished recipient. If you haven’t had a chance to try one of the ten thousand options recently made available in your city, you should probably give it a try. Poke, which is essentially raw, marinated fish, topped with rice and vegetables, is actually pretty darn delicious. Verdict: we won’t say no to fresh fish! 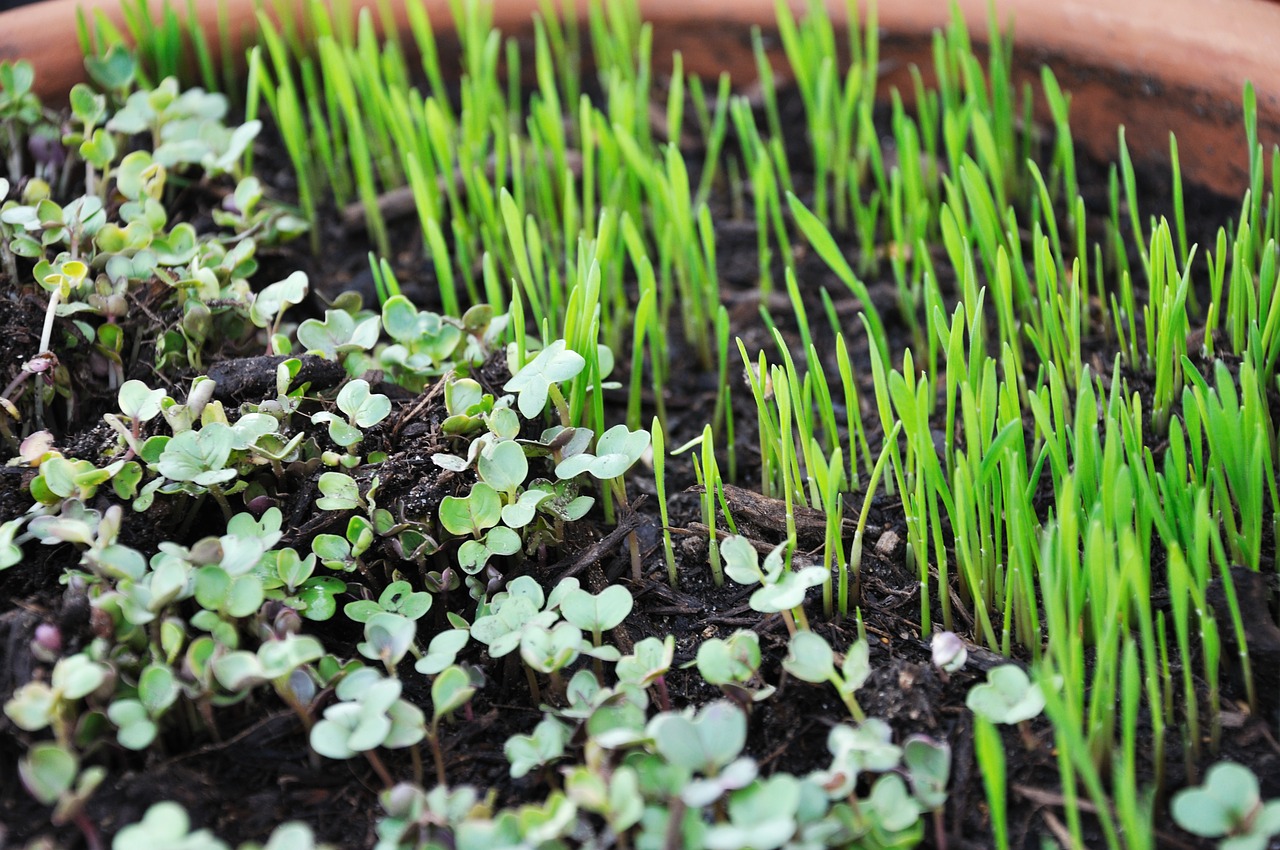 Introducing another superfood that claims to solve all our nutritional problems, microgreens were the smallest of food trends of 2017. Used to enhance the attractiveness and taste of many restaurant dishes, culinary creators have been using these for years. Verdict: keep ’em coming.

Food trends come and go, but our appetites are forever! Check out our Top Food Trends of 2018 blog post and see what made the cut—and what didn’t.

Find out how Foodee brings great local meals to modern offices like yours today. 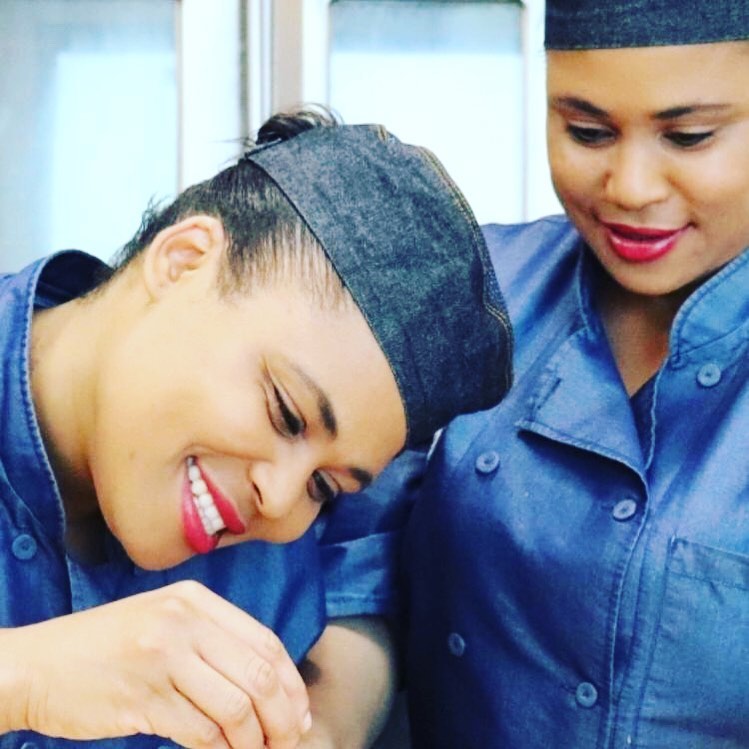 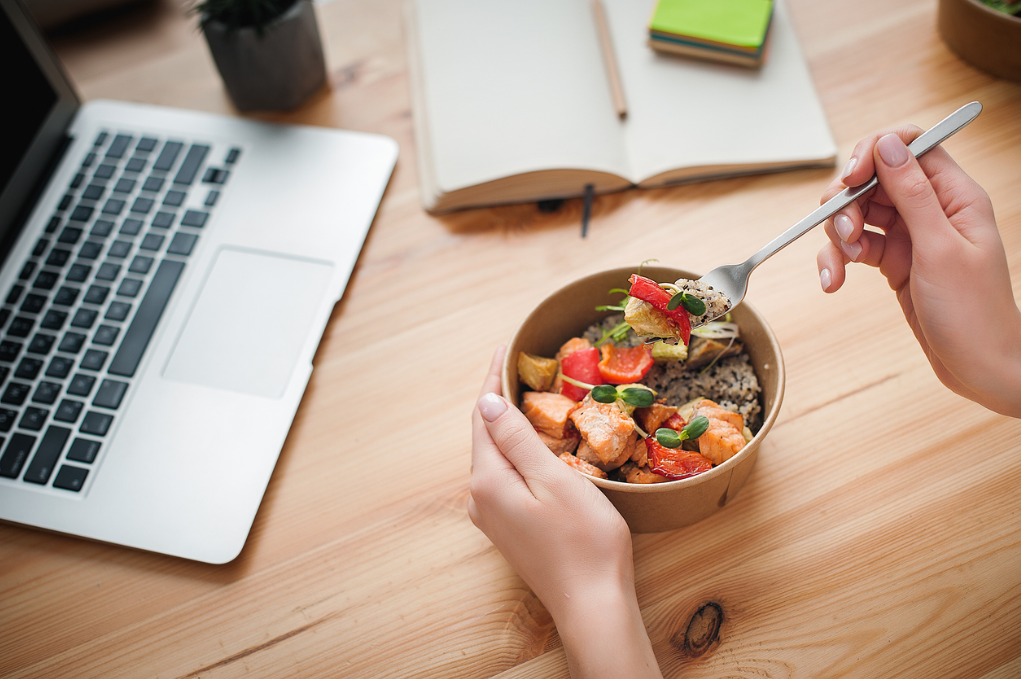 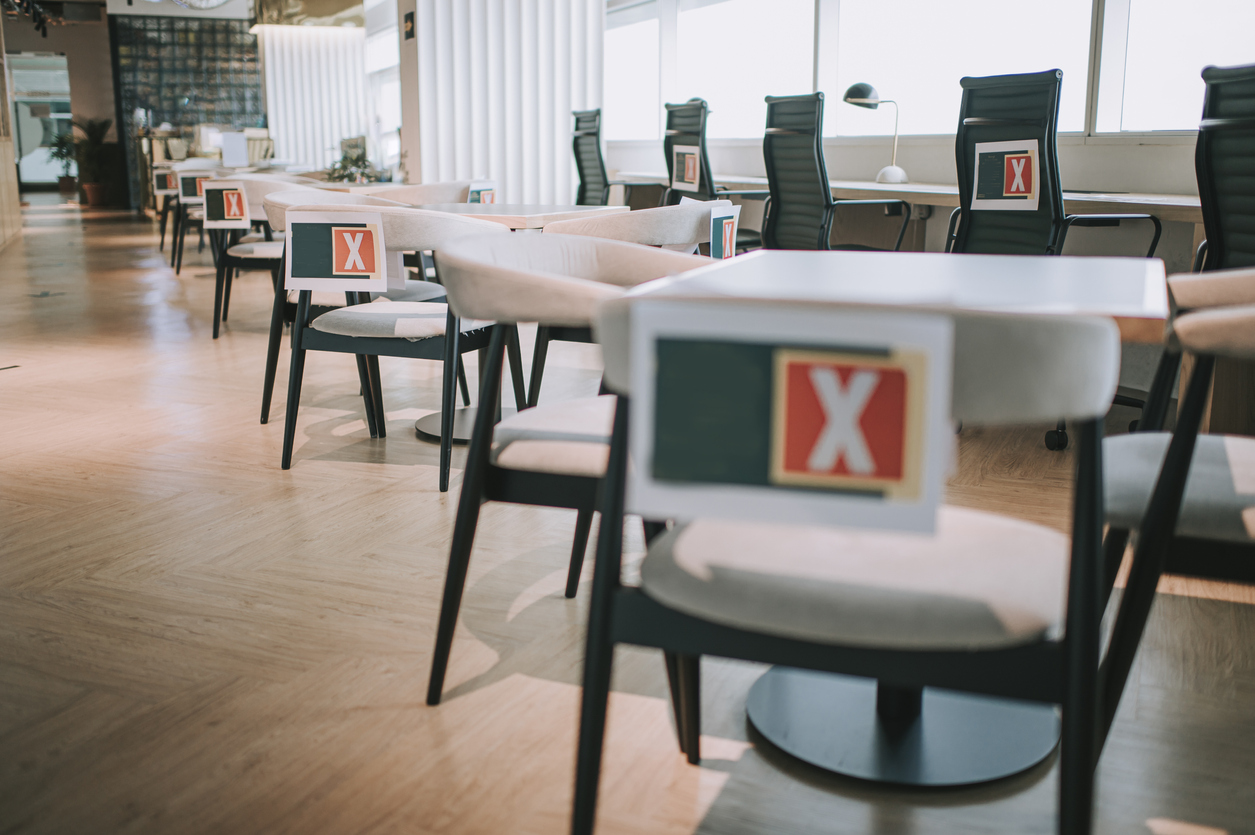